The Anthology of Iranian Masters of Caligraphy project at Reed College invites audiences to interact with select works of Iranian masters of calligraphy from the tenth to the twentieth century.  These works were carefully chosen to represent the artistic canon that has shaped the world of calligraphy in contemporary Iran. Their influence has in many cases exceeded the national boundaries of modern Iran, and the earlier works helped spread Persianate culture throughout West Asia in the Middle Ages and the Early Modern era. 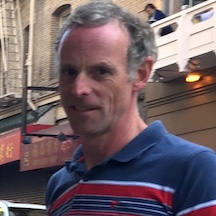