Now that exams are over, it's time for some fun summer reading. Read on for our eclectic book recommendations from your Lewis & Clark Law School faculty and staff. There's something on this list for everyone! Happy reading. 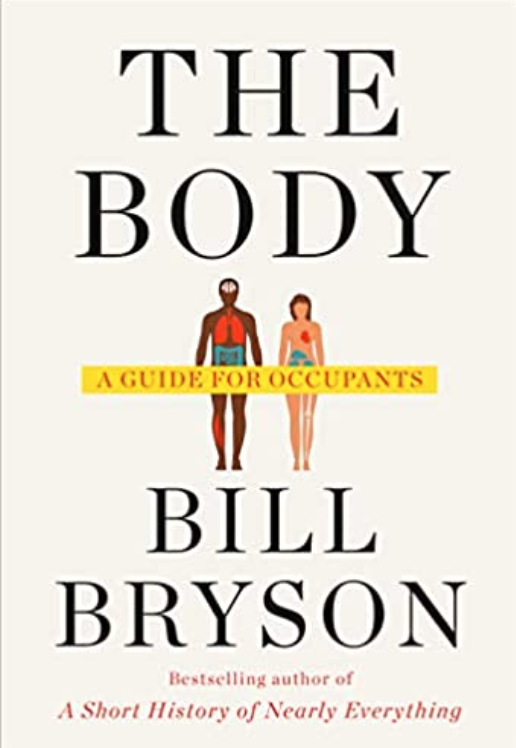 The Body
by Bill Bryson
Recommended by Carra Sahler, Director of Public Interest Law
A good reminder of the amazing things our bodies can do, told in an accessible and entertaining fashion. 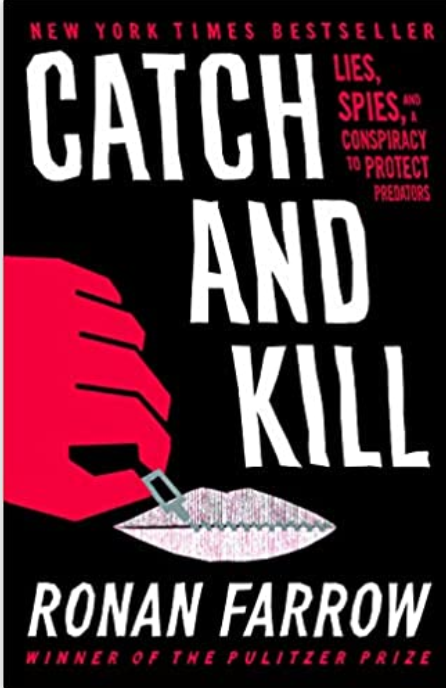 Catch and Kill: Lies, Spies, and a Conspiracy to Protect Predators

Though most of us already know quite a bit about the downfall of Harvey Weinstein, the story behind the story--about how the investigation unfolded and all of the obstacles it faced--is riveting. 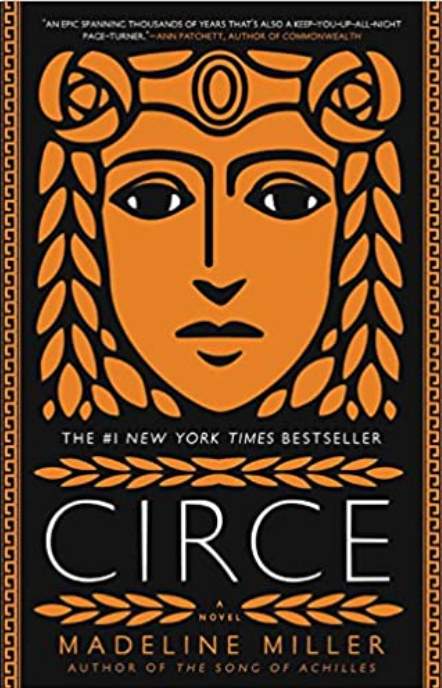 Circe
by Madeline Miller
Recommended by Melissa Powers, Professor of Law
Epic Greek mythology told in a gripping novel from the perspective of a lesser (oh really?) goddess. Really fun and engaging. 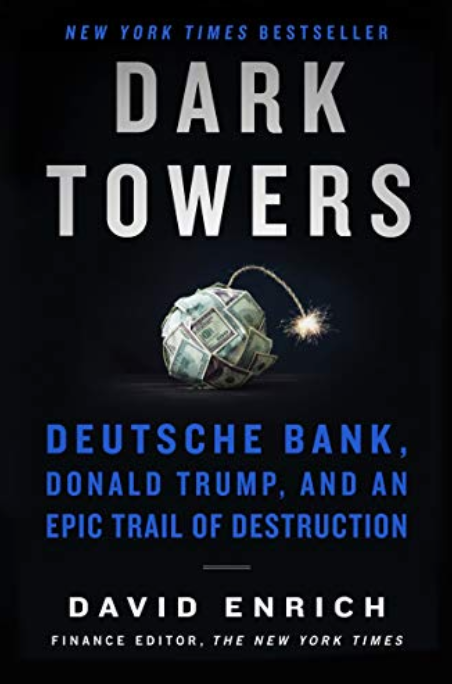 Dark Towers: Deutsche Bank, Donald Trump, and an Epic Trail of Destruction
​by David Enrich
Recommended by Toni Berres-Paul, Emeritus Professor of Lawyering
It's non-fiction but reads like a novel. It tracks the sordid history of Deutsche Bank from financing robber barons, Nazis, and rogue states to laundering Russian money to underwriting Donald Trump when no other bank would touch him. 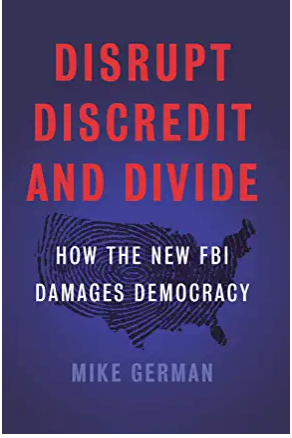 Disrupt, Discredit, and Divide: How the New FBI Damages Democracy
by Mike German
Recommended by Tung Yin, Professor of Law
This is a frightening book because it's a non-stop catalog of FBI abuses by a whistle-blowing former FBI Special Agent; the victims of FBI abuse include Muslim-Americans, Asian-Americans, African-Americans, white females, political activists, and native Americans -- about the only group to escape relatively unscathed are white supremacist groups! 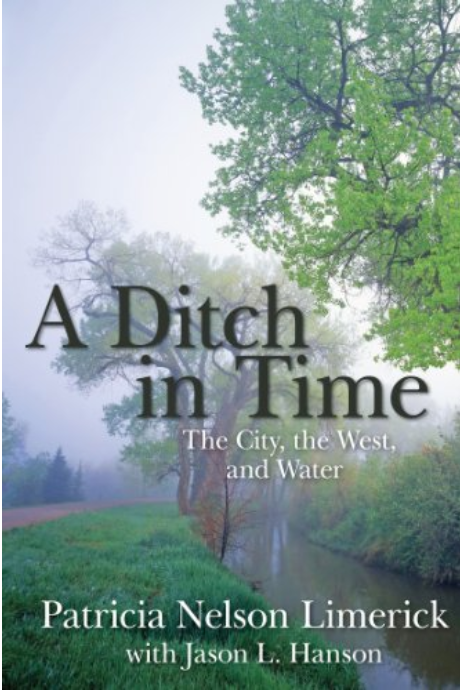 A Ditch in Time: The City, the West, and Water
by Patricia Nelson Limerick
Recommended by Karen Russell, Adjunct Professor and Budget and Finance Manager, Earthrise
A history of Denver, Colorado, and its perpetual search for water supplies. 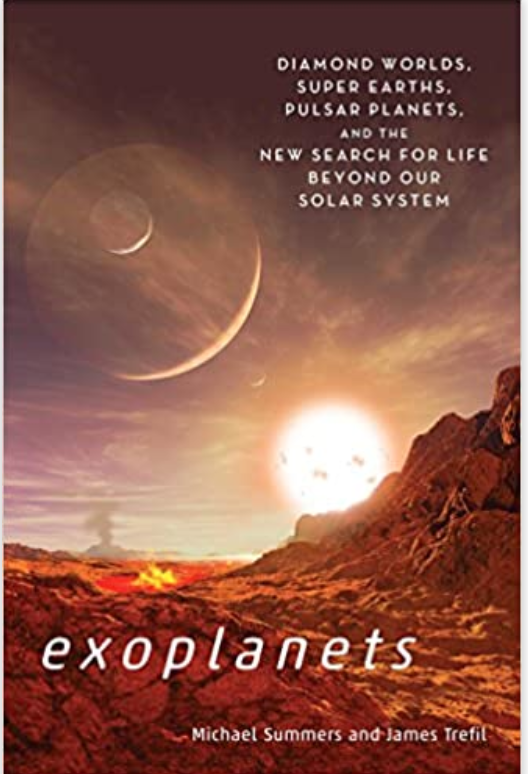 Exoplanets: Diamond Worlds, Super Earths, Pulsar Planets, and the New Search for Life beyond Our Solar System
by Michael Summers and James Trefil
Recommended by Bill Chin, Professor of Lawyering

Be transported to rogue planets, ice worlds, and other planetary marvels. 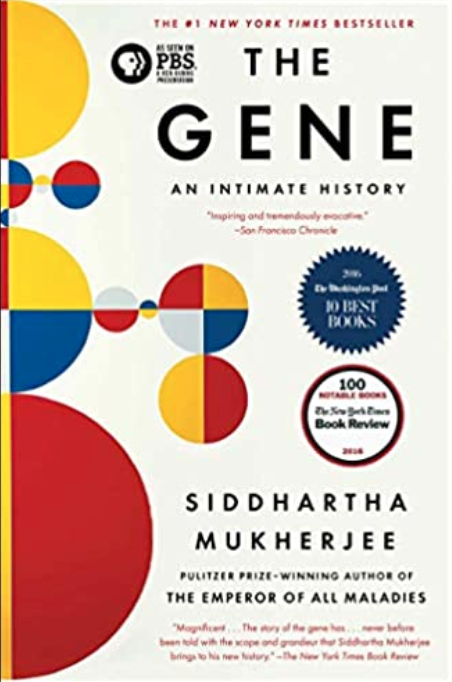 The Gene: An Intimate History

A well-written page-turner about the history of genetics that provides thought-provoking insights into what it means to be human. 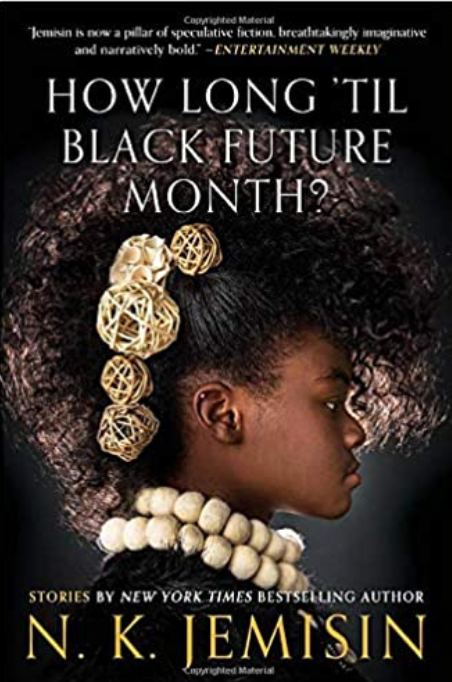 How Long 'til Black Future Month?
by N.K. Jemison
Recommended by Janet Steverson, Douglas K. Newell Professor of Teaching Excellence
Although the stories are in the sci fi/fantasy genre, all of the stories are completely different from each other. Plus, Jemison writes from perspectives that sci fi/fantasy books often overlook. 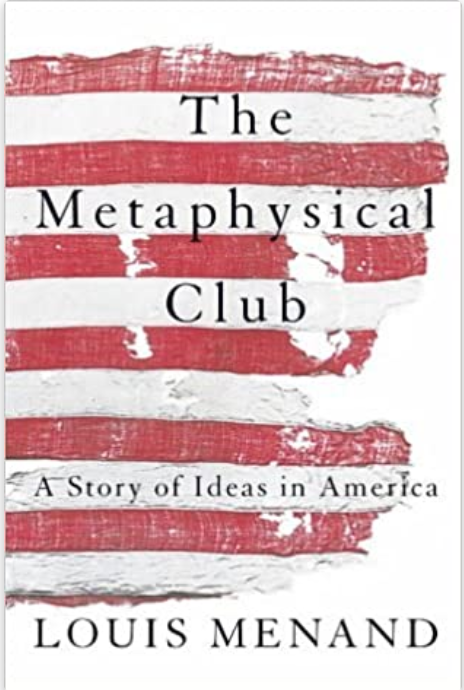 The Metaphysical Club: A Story of Ideas in America
by Louis Menand
Recommended by Susan Mandiberg, Lewis & Clark Distinguished Professor of Law
This history of the transition from 19th-century to 20th-century intellectual trends reveals many of the influences that shaped the law and the legal profession that we experience today. 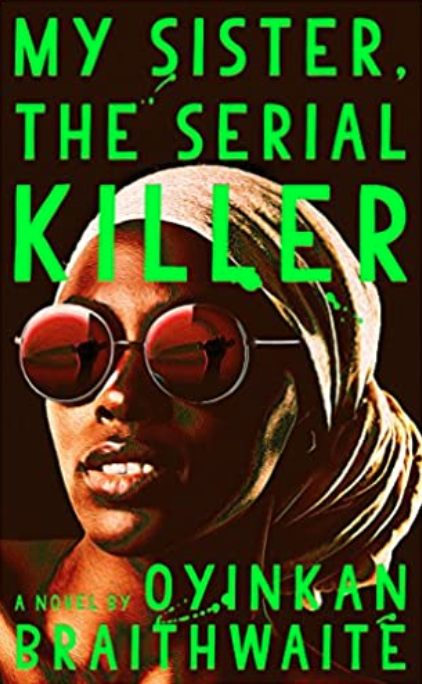 My Sister, the Serial Killer
by Oyinkan Braithwaite
Recommended by Mari Cheney, Assistant Director, Research and Instruction
Both dark and funny, this novel will keep you guessing on how it will end, and also make you laugh out loud. 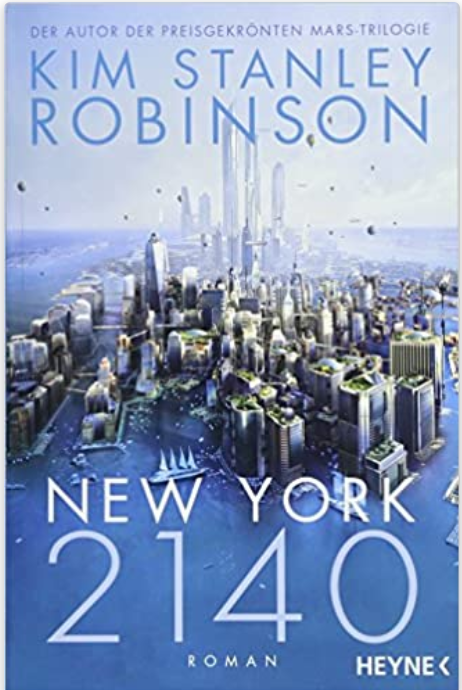 New York 2140
by Kim Stanley Robinson
Recommended by Melissa Powers, Professor of Law
This novel imagines NYC after 2 major sea level surges caused by climate change. The story is fast-paced, and the descriptions of what life would be like are captivating. 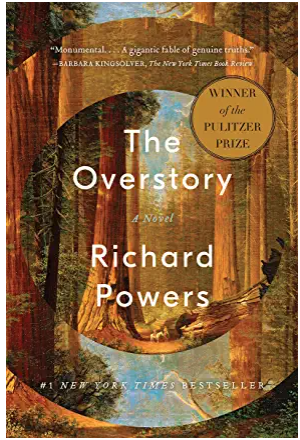 I love this Pulitzer Prize-winning tale of 9 humans whose lives are touched and changed by the overwhelming presence of trees. The descriptions of trees are exquisite. 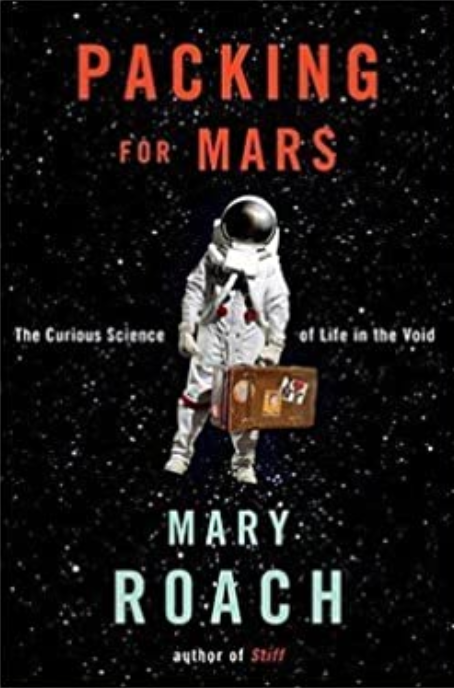 Packing for Mars: The Curious Science of Life in the Void
by Mary Roach
Recommended by Tung Yin, Professor of Law
Roach is my favorite non-fiction science writer: she's funny, self-deprecating, curious, and unflappable; this book covers all of the scientific and engineering challenges in sending a human mission to Mars in her delightful style. 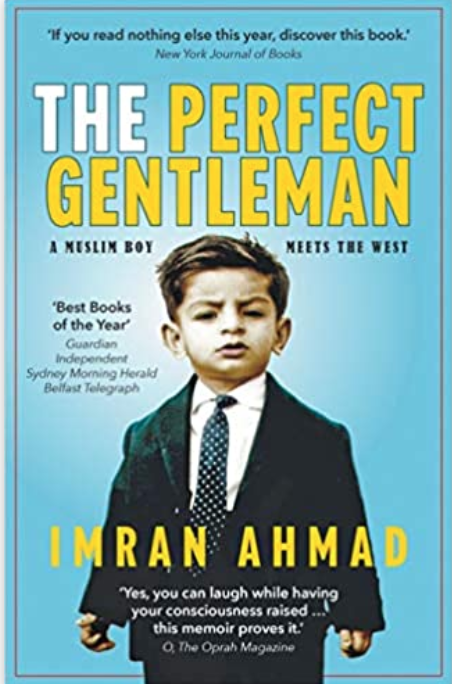 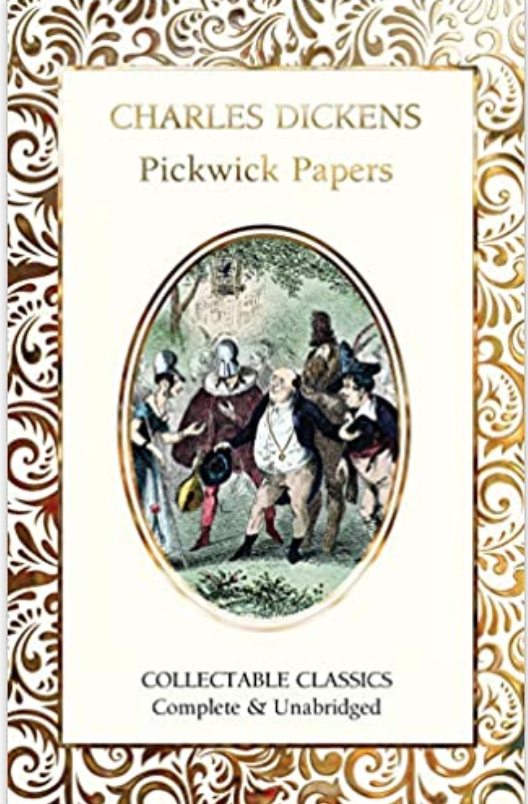 The Pickwick Papers
by Charles Dickens
Recommended by Jim Kite, Research and Instruction Librarian
A very long, funny book about all of the silly and tragic situations you can get into by simply walking out your front door and talking to the people you meet. It also provides a not-so-subtle critique of class privilege. 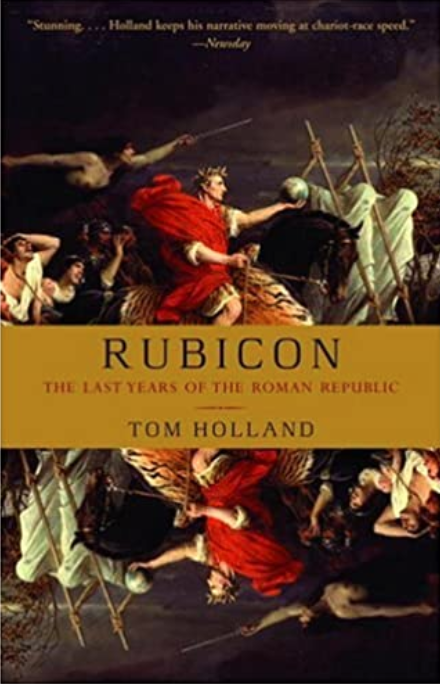 Punchy, crisp prose and timeless subject matter combine to make this a must-read for lovers of history and political drama alike. 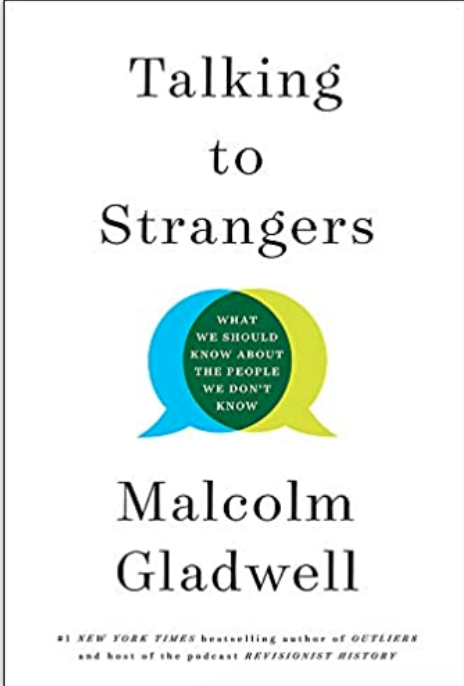 Talking to Strangers
by Malcolm Gladwell
​Recommended by Lydia Loren, Henry J. Casey Professor of Law
This book is best experienced as an audiobook (much of the quoted language uses audio from the actual subjects, or actors reading transcripts). If you haven't experienced Professor Gladwell's podcast "Revisionist History," you're missing out, but this book as an audiobook is well worth your time.  Examining underlying assumptions and learned behaviors through a variety of "deep dives" into important legal cases and events in history, this book explores interactions between strangers -- and why they often go wrong. It will change how you think about a variety of major issues facing society in general and the justice system specifically. 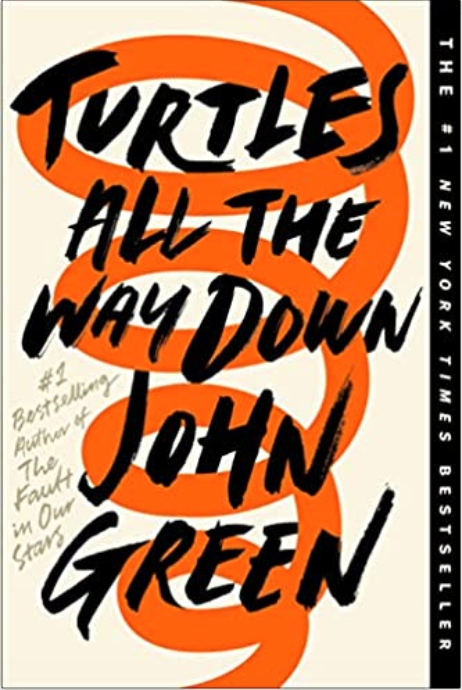 Turtles All the Way Down
by John Green
Recommended by Robert Doeckel, Visiting Assistant Professor of Lawyering
Sixteen-year-old Aza tries with mixed success to manage her worsening anxiety, her school work, and her relationships while being pulled into investigating the disappearance of her hometown’s most notorious billionaire businessman. A zippy, insightful, and tender story about, among other things, coming of age while coping with mental illness. 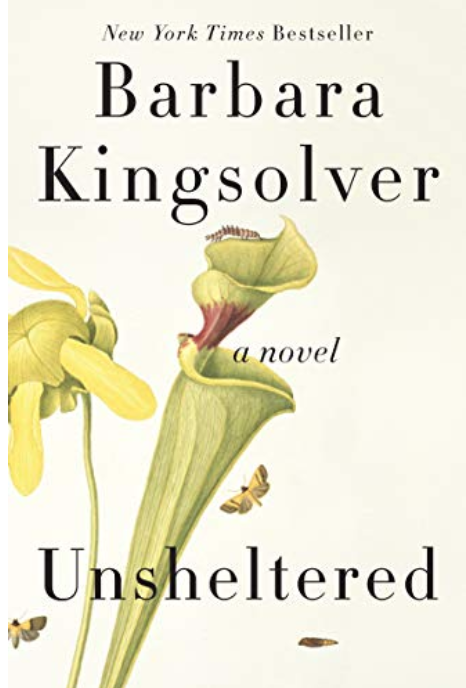 Unsheltered
by Barbara Kingsolver
Recommended by Erica Lyman, Clinical Professor of Law and Director, International Environmental Law Project
Kingsolver works her talent for teaching lessons in her storytelling, weaving together the story of a science teacher in a transcendentalist community in post-Civil War U.S. with a journalist living in the same town during the 2016 election. 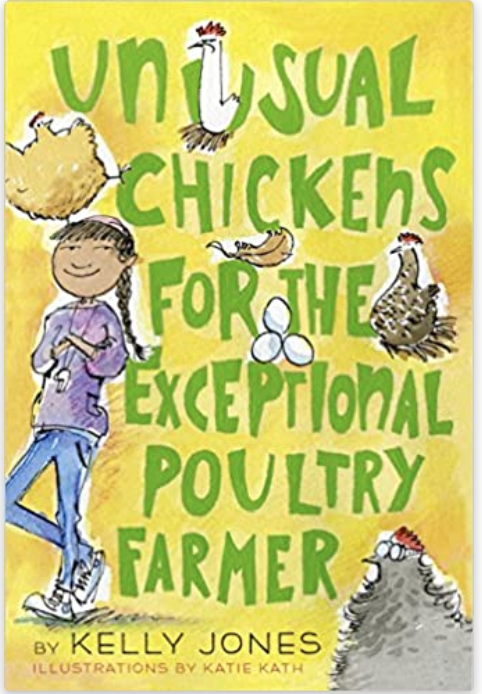 The book is about twelve-year-old Sophie Brown who moves from an apartment in LA to a farm her parents inherited in Northern California and now Sophie is the owner of some...unusual chickens. It is such a great read that we read it twice back-to-back, and it is also an OBOB book for 2020-2021 for the 3rd-5th grade division! 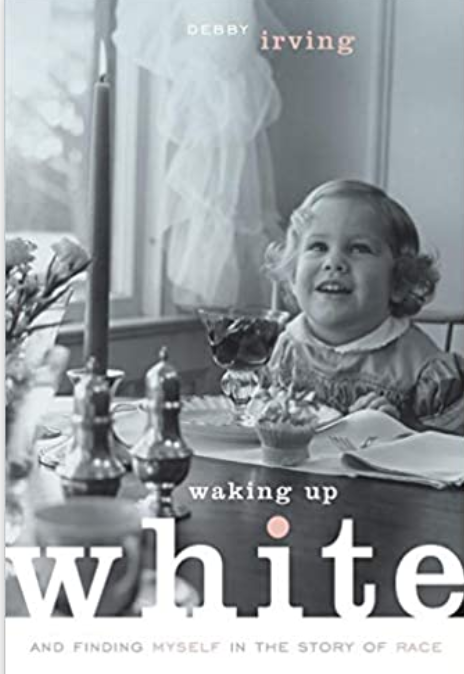 Waking Up White, and Finding Myself in the Story of Race
by Debby Irving Recommended by Susan Felstiner, Clinical Professor of Law, Small Business Legal Clinic

Ms. Irving's premise is that white people can't begin to dismantle racism until they begin to see and understand the role of white culture on race in our society. Ms. Irving tells personal stories of her journey of "waking up,"  and realizing and understanding this role. She gives suggestions on how to have difficult conversations and work toward disrupting the social construct of race.  Exercises at the end of every chapter prompt the reader to explore the foundations of their beliefs. 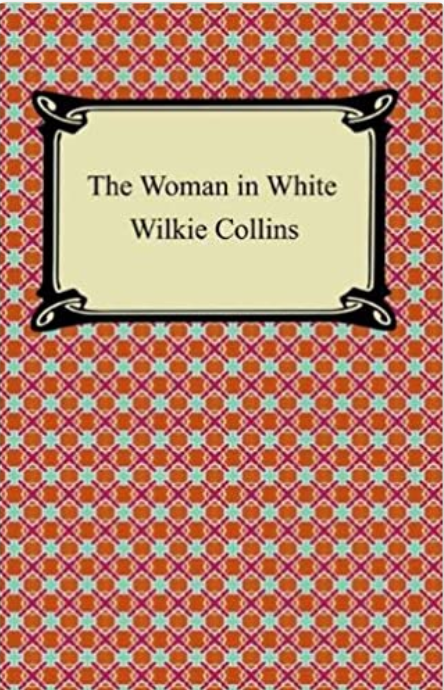 The Woman in White (1859)
by Wilkie Collins
Recommended by John Parry, Edward Brunet Professor of Law and Associate Dean of Faculty
Admittedly, the book starts a bit slow and is long (it's Victorian, after all) But the sudden appearance of the woman in white early on is a bit creepy. And the plot twists, and twists, and twists, in a story that is presented as the narrative of the testimony of the participants. Also, Count Fosco and Marian Halcombe are truly memorable characters. The others do their parts well. Collins is the person who basically invented the detective and sensation novels. This isn't quite a detective novel, but one of the characters risks it all to unravel the nefarious actions of the villains, and it definitely has its sensational moments.​
Add a Comment

Enter your e-mail address to receive notifications of new posts by e-mail.